Eiti prie turinio
Please note that the posts on The Blogs are contributed by third parties. The opinions, facts and any media content in them are presented solely by the authors, and neither The Times of Israel nor its partners assume any responsibility for them. Please contact us in case of abuse. 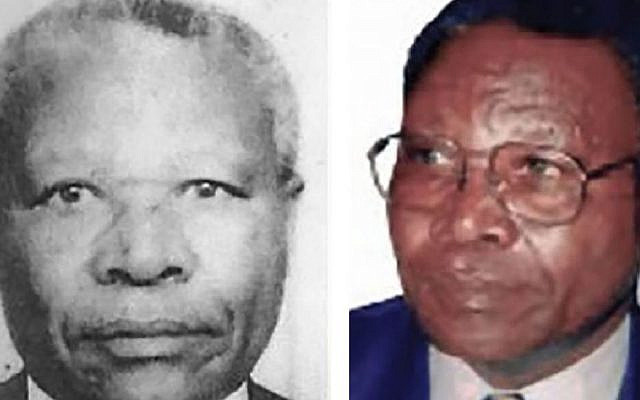 Photos of Félicien Kabuga circulated by the US State Department.

For those of us following the decades-long pursuit of the key figures in the genocide perpetrated in Rwanda in 1994, these past two weeks have brought a mix of jubilation and deep frustration. There were dramatic developments regarding two wanted fugitives who had fled the country and eluded justice for more than a quarter of a century.

The emotional roller coaster began Saturday, May 16 with the arrest in the Paris suburb Asniéres-sur-Seine of Félicien Kabuga, who had played a major role in the mass murder of hundreds of thousands of Tutsi Rwandans, along with a much smaller number of moderate Hutus. In 1997, Kabuga had been indicted on five counts of genocide and two counts of crimes against humanity by the International Criminal Tribunal for Rwanda (ICTR), which had also issued a warrant for his arrest that same year.

Kabuga, who was one of the richest men in Rwanda, was not accused of personally committing murder, but he played an extremely significant role in financing and implementing the genocide. Thus, for example, he was accused of organizing and funding the dreaded Interahamwe militia, which committed the majority of the murders. He also imported hundreds of thousands of the machetes used for these crimes, and transported them in the vehicles of his company. In addition, he was the owner of the RTLM radio station, which incited the Hutus by constantly referring to the Tutsi residents of Rwanda as “cockroaches,” and broadcast instructions to the marauding Hutu gangs where they could find Tutsis seeking shelter. 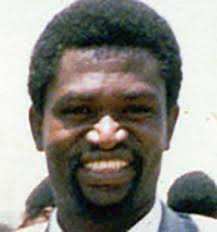 Six days after Kabuga’s arrest, there was important news regarding another of the Most Wanted suspects responsible for the genocide in Rwanda. According to a BBC report, the remains of Augustin Bizimana, former Rwandan minister of defense during the genocide, were found in a grave site in Pointe-Noire in Congo-Brazzaville. DNA tests confirmed his identity and investigators were able to establish that he died in August 2000, at the age of 46. Bizimana was alleged to be responsible for the murder of former Rwandan Prime Minister Agathe Uwilingiyimana, ten Belgian UN peacekeepers, and an unspecified number of Tutsi civilians in five Rwandan regions. He was indicted in 1998 by the ICTR on two counts of genocide, six counts of crimes against humanity, and five counts of war crimes.

These news reports aroused some meaningful personal memories. Although I had not been involved in these specific cases, I had been invited to Rwanda twice in the aftermath of the genocide, once to participate in a conference on justice, commemoration, and the rehabilitation of survivors, and a second time to advise the government on how to facilitate the efforts to maximize the apprehension and conviction of the perpetrators, and especially those who had already managed to flee Rwanda.

On the second trip, I met with members of the Rwandan secret service, notably all enthusiastic young men, who were responsible for tracking down perpetrators. The first question they posed, even before I had said a word, was “So tell us how you captured Eichmann?”

As flattering as that was, I had to explain that as I was 12 years old when the Mossad captured Eichmann in 1960, I wasn’t able to contribute to that operation. But that somewhat naïve question made me realize what points I had to convey. The most important advice I could give them was twofold. First, I emphasized the essential necessity of creating political will in the countries that were harboring the escaped criminals. And second, I pointed out the significance of gathering as much evidence as soon as possible against the major perpetrators.

Although I did not remain in close contact with Rwanda for too long after these visits (a plan to open an office of the Simon Wiesenthal Center in Kigali, the Rwandan capital, unfortunately did not materialize), it was only natural that I was extremely happy when I read of Kabuga’s arrest, and saddened by the news that Bizimana had eluded justice.

And those two developments effectively emphasized the importance of delayed justice, which comes as a reminder of crimes committed decades ago, that can easily be forgotten, especially if they occurred elsewhere to other peoples.

In that respect, I also learned last week, that the trial in Hamburg of Stutthof guard Bruno Dey has been proceeding throughout the lockdown in Germany, contrary to what had been expected. That’s an important message that justice should be implemented not only in the cases of major criminals, but in those of their helpers as well.

Dr. Efraim Zuroff is the chief Nazi-hunter of the Simon Wiesenthal Center and the director of the Center’s Israel Office and Eastern European Affairs. He briefly served as an advisor to the Rwandan government in the aftermath of the genocide in Rwanda.