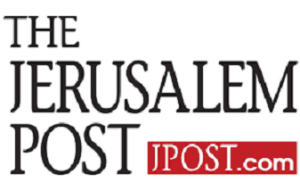 Lithuania’s Jewish community and members of the expatriate Lithuanian Jewish community in Israel have expressed serious concern about possible legislation in the parliament in Vilnius which would declare that the Lithuanian state and people did not collaborate in the murder of Jews during the Holocaust.
Member of the Lithuanian parliament Arunas Gumuliauskas and chairman of its State Historical Memory Committee said last month that he would propose legislation to declare that the Lithuanian state did not participate in the murder of Jews because it was an occupied nation, first by the Soviet Union, and then by Nazi Germany.
The legislation is yet to be submitted to the parliament however, and the parliament goes into recess this Wednesday.
Gumuliauskas’s proposal which he said was being prepared by the committee, also claimed that the Lithuanian people could not have participated in the murder of Jews since Lithuanians were “an enslaved people” during World War II.
The putative legislation suggested by Gumuliauskas, who used to work as a professor of history, has been strongly denounced however as an attempt to whitewash Lithuania’s record during the Holocaust.
Holocaust scholar and director of the Simon Wiesenthal Center’s Israel office Efraim Zuroff said such legislation would be a “disgusting attempt to whitewash Lithuanian complicity in Holocaust crimes which was enormous,” and that the country had “undoubtedly one of the worst records of collaboration with the Nazis during the Holocaust.”

According to the United States Holocaust Memorial Museum, some 220,000 Jews of Lithuania’s prewar Jewish population of 250,000 were murdered in the Holocaust.
Speaking to The Jerusalem Post, Jewish Community of Lithuania chairwoman Faina Kukliansky said that she was disappointed by the lack of reaction to Gumuliauskas’s proposals.
“Someone needs to speak out. There is someone who wants to pass a law in the parliament so let’s focus on the issue and stop him. No one else should try to initiate anything similar,” said Kukliansky.
“If everyone is silent and smiling – it reminds Jews [of] the same situation as before the war.”
Kukliansky also insisted that the Jewish community had never accused Lithuania as a state or the entire Lithuanian people of collaboration with the Nazis, something she said she is now being accused of.
“These crimes were committed by individuals, not all Lithuanians. The Jewish community never blamed all Lithuanians were responsible. Mr. Arunas Gumuliauskas attempts once more to accuse Jews of accusing all Lithuanians. It was not a collective effort, but there were people who participated in killing Jews during Holocaust,” she said.
Last month, the chairman of the Association of Lithuanian Jews in Israel, Arieh Ben Ari, sent a strongly worded letter to the Lithuanian Ambassador to Israel, Lina Antanaviciene, protesting Gumuliauskas’s proposed legislation.
“No other country had such a high percentage of its Jewish population annihilated,” wrote Ben Ari, noting that some 95% of Lithuania’s Jews were murdered in the Holocaust.
“To what degrading level must a professor, chair of a distinguished committee, stoop in order to present such a recommendation to parliament?”
Antanaviciene noted that she had been informed by officials in the Lithuanian parliament that a draft resolution had not yet been registered and that no text for such a resolution has been prepared or submitted.
“Let me assure you that we are fully aware and share your concerns on the seriousness of the sensitive  issues, raised in your letter,” wrote the ambassador.